A strong, consolidated women’s movement to preserve and strengthen women’s rights is needed to effectively combat the challenges

Forum of Women’s NGOs of Kyrgyzstan

Resisting Gender Violence in the Name of Culture and Religion

Since 2018, the Women’s NGO Forum of Kyrgyzstan has been promoting the idea of collective action to resist gender-based violence in the name of culture and religion among women’s organizations and civil society organizations.

On March 2, 2021, the Women’s NGO Forum of Kyrgyzstan brought together women’s organizations, women activists, and civil society organizations for a regional conference on “Resisting Gender-Based Violence in the Name of Culture and Religion.

The purpose of the conference was to plan and pursue joint action by women’s organizations to combat gender-based violence in the name of culture and religion in the Central Asian and North Caucasus region.

Why is this topic important?

Because of the growing influence of fundamentalism, women’s human rights defenders are stepping up and organizing to find solutions to the destructive demands of fundamentalism, to protect the rights of women and girls, both in law and in society itself, to conduct alternative dialogues based on gender equality. As conservatives and fundamentalists act aggressively to destroy advances in women’s rights, they are creating a culture of impunity in which violence against women and girls is rampant.  Using religion or culture as justification, conservative groups promote reactionary laws and traditional practices that worsen the position of women and contribute to the avoidance of punishment for perpetrators.

Moreover, there has been an increase in violence against young women in the name of religion and culture in the Central Asian and North Caucasus region.  These harmful practices include early and forced marriages, murder “for family honor” and bride theft, interrupted education, and other forms of violence. The violent patriarchal gender roles and harmful practices to which girls are subjected have a lasting effect on their lives and on all their rights.  Attempts to stop girls from continuing their education and attempts to force them into early marriage often occur because of cultural and religious norms that justify attitudes that enslave women and girls through violence. They also occur because extremist ideologies often view the right to education as a transformative right that challenges the status quo, and social transformation is seen as a threat.

At the conference participants actively discussed the challenges related to the influence of religious fundamentalism on women’s rights in the countries of Central Asia and the North Caucasus, discussed an early response mechanism in the region to violence against women human rights defenders, and shared their views on the structure of the site for countering gender-based violence in the name of culture and religion in the Central Asian region. Informational support for the site by partners of collective action was recognized by conference participants as an important part of joint action. The final part of the conference was a discussion of the plan of joint actions for 2 years (mobilization of women’s organizations and mutual support).

Lobbying against growing fundamentalism on women’s rights and gender equality at local, national, regional and international levels
Building capacity of women’s organizations, women activists, and other relevant organizations to challenge religious fundamentalism
Reacting to cases of violence against women human rights defenders by members of the network
Support by members of the network to an information platform on resistance to gender violence in the name of culture and religion
Monitoring

Mutual support among grassroots women’s organizations and feminist activists in the Central Asia and North Caucasus region to be better equipped to face gender-based violence in the name of culture and religion and to support each other’s collective struggle for social transformation and respect for all women’s human rights. 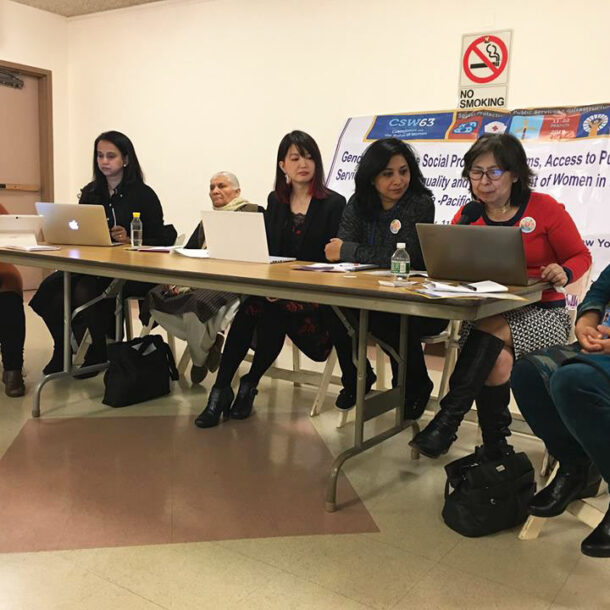 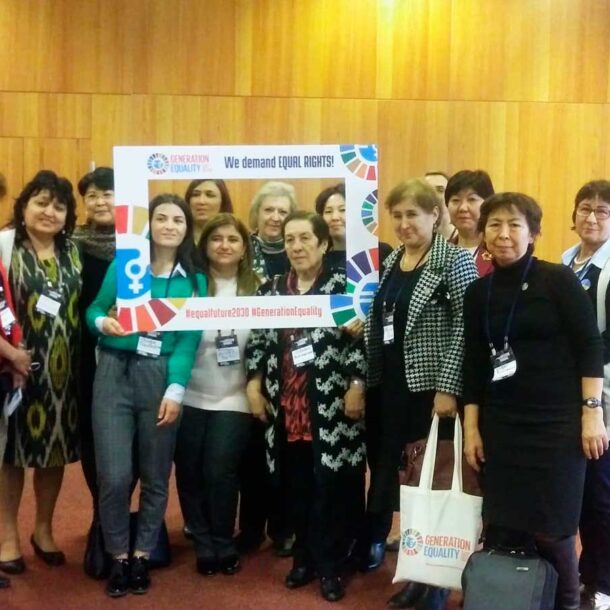 A strong, consolidated women's movement to preserve and strengthen women's rights is needed to effectively combat the challenges

Regulatory legal acts of the KR

Monitoring of the implementation of BPFA